Today, I Found Time to Call Mom on Her Birthday -- and Write Dewain in Brunswick County Detention Center. Who'da THUNK It??? 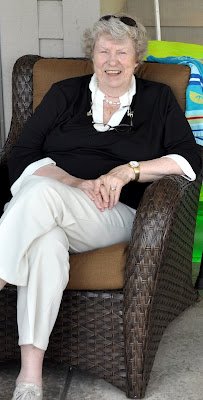 Hey Dewain – I’ve been meaning to write you for some time, but the second I pulled up in front of my house after visiting you, Ole Ed McMahon’s Deputy called me wanting to know where to serve me a summons for allegedly breaking Jennifer McCracken’s Restraining Order against me. And this Friday, Jan. 8, I have a hearing.

It will be interesting, because I only called her because someone I know approached me to tell me that he witnessed her slashing my two tires a few months ago, and was willing to testify in Court against her. So since he AGAIN said that a week later, I left Jenny a message that I intended to prosecute her for it, but if she simply paid for the tires, I’d NOT prosecute and save her a conviction and criminal record. She answered with a summons first thing the next morning – but must have been HIGH AS A KITE because she claimed I called and left TWO messages, was threatening, and tried to commit extortion!!!

After speaking with three lawyers, my offer could NOT be taken as extortion – it was more a Courtesy Call – but I, without thinking, I left her that message, which technically disrespected the Court’s decision. Since no one was harmed (except my tires), and no one has been unsafe at all, I doubt I can be in TOO much trouble. But I COULD be sentenced to jail for up to a month. Should that happen, you will be stuck “homeless” for a bit – but I doubt it will happen.

If I am NOT there to pick you up, it might just be “bridge traffic” or similar, so if possible, call me if I’m not there to find out. If that doesn’t work, call the jail – or maybe they would house me in Brunswick County where I can buy my OWN salt, pepper, and sugar. I’ll be sure to carry some cash in my pocket so I have credit in jail – LOL!!!

Otherwise, roommate Phil Rosario is in the process of moving out now, and will be completely out by 1/12. His thing about working on a boat was just a story, and he refuses to let me know where he’s moving to. He just had a large Wilmington drug dealer over to sell him some drugs that I did not see. THANK GOD he is leaving.

You know Phil has always claimed that years ago he taught D.A. Ben David a LESSON, so he can break any laws he wants with impunity!!! In the process of all of this, I had the opportunity to RE-THINK what happened to me in Judge Chad Hogston’s Court in 2011, when I was falsely accused of Cyber-Stalking and Hogston convicted me most mysteriously. I’ve reasonably concluded that HE was just as much a victim of the PERJURERS as was I. But I know better than to offer him too much sympathy, publicly, in Court when he presides this Friday. I truly trust he will be fair.

Today, I called my mother in Raleigh on the occasion of her 93rd birthday. As always, she was glad to hear from me and we had some nice, friendly conversation. As always she told me she loves me – in fact that my siblings do too – but I had to cut her short on that. If they loved me they would not have spread the lies about my mental health that led to so much “persecution” of me, and I told her I do NOT want anyone’s apology, but that only MONEY will speak, since my nearly paid off four-bedroom house and my art collection were all lost, and THEY are more to blame for it than anyone. 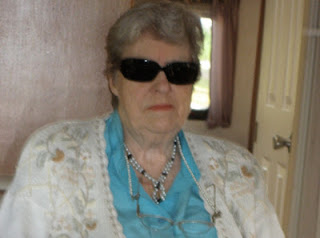 Not wanting to hear her DEVOUT CATHOLIC LIES about it anymore, I then wished her a GREAT DAY, and hung up without any nastiness. 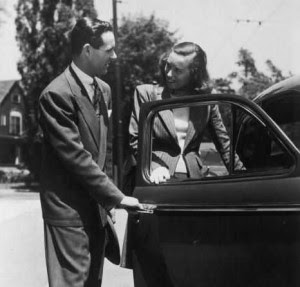 Mom winning "Best Driver in Indiana" from Henry Ford (not pictured) -- who with Joe and Rose Fitzgerald Kennedy, were America's TOP literal NAZIs back then.

Mom took over that position at about the end of WWII.

Warning from the Birding Community to the Terrorists in Oregon: We're Watching You
We have found and documented your illegal hunts, your illegal traps and all sorts of illicit activities.
ALTERNET.ORG

HUMOR is our most important product -- and Politics is our Current Game!!!